Let Us Tell You a Story

A Little About Us 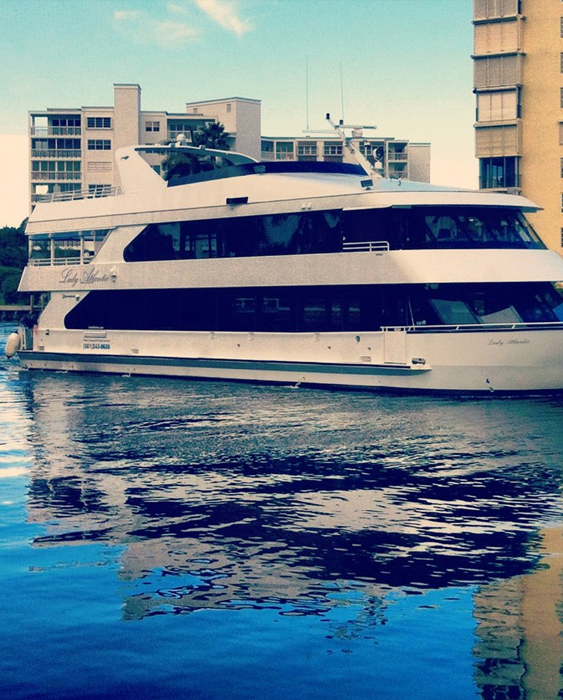 Delray Yacht Cruises is owned and operated by Captain Joe and Kerry Reardon. Captain Joe has worked on passenger boats for over 30 years, getting his Captain’s License at age 18. A native of Duxbury, Massachusetts, Captain Joe earned his experience operating Sightseeing, Charter and Whale Watch Boats in Plymouth, MA. He also spent many years in the operations side of the industry and eventually, along with his wife Kerry, purchased their first Boat in 2002.

Kerry is a native of Plymouth, Massachusetts, and her background is in the Food and Beverage Industry where she has worked in all areas of the profession. She has managed private upscale restaurants at some of Cape Cod’s most exclusive clubs catering to celebrities and professional athletes. Her vast knowledge of the Food and Beverage Industry coupled with Captain Joe’s three decades in the marine industry give them a rare combination of experience that is unrivalled in their profession.

After going south to operate their boat in Florida for winters and returning north for the summer for several years, the Reardon’s eventually settled year round in Florida, operating the 90-foot Lady Delray and 105-foot Lady Atlantic that they had built in 2008. Delray Yacht Cruises has been named the number one sightseeing and charter company in South Florida. The Reardon’s reside in Boynton Beach with their daughter Lola and two Boston Terriers, Stella and Bubba.